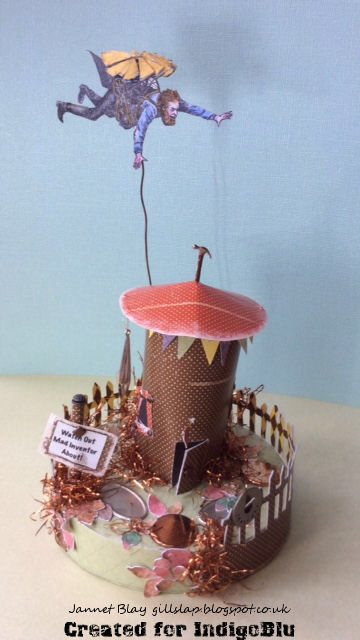 Hi it's Jannet here, let me tell you a tale of Mr Herbert Bumblewaite is known locally as "the mad inventor" as he is always collecting whatnots to make some sort of contraption with. On a crisp Autumn morning he decided to test out his latest invention which was his flying contraption.......

To make the circular house I cut 3 inches from one of the Damaged Dots 6x6 cards I also cut out a row of little triangle tabs on the bottom.
I cut out some wonky Windows (I didn't have to try too hard to do that!) and also cut a doorway.I made frames for the Windows from one of the red sheets, and attached them with a screw-head brad. I cut a door and popped in a square brad for the handle. 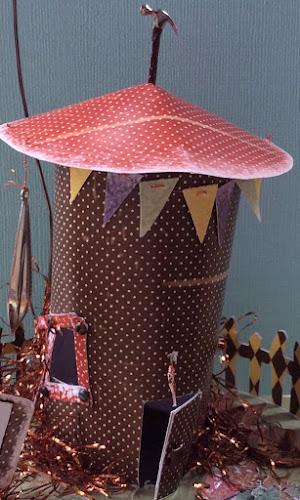 I used the inside of a duck tape roll to draw a circle for the roof. I distressed the edges and folded it in four and cut along one of the folds and then placed the edge slightly over the top of the other edge to create a raised roof. To add some quirkiness I glued a hammer brad into the centre of the roof. I rolled up the house into a cylinder shape and adhered the edges together. 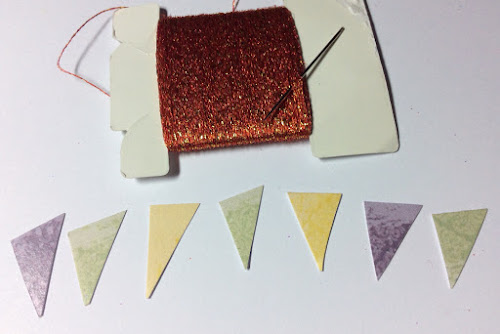 Before gluing on the roof, I cut some little bunting from the papers and threaded it under the roof. 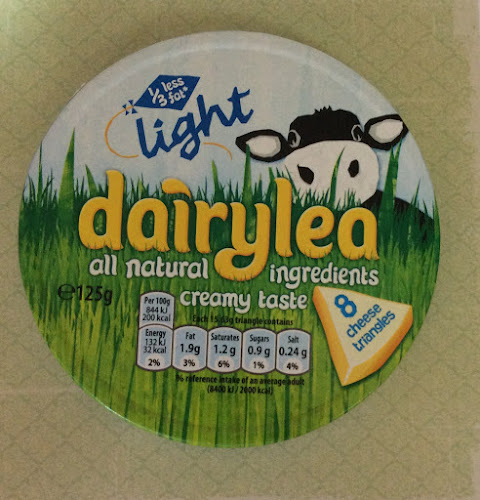 For the base I used a Dairylea box, which I covered in Damaged Damask card. 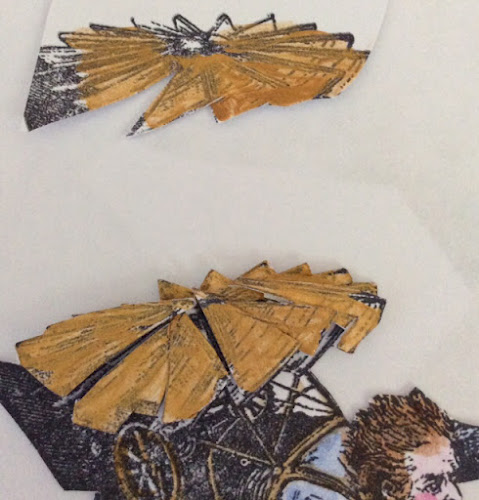 I stamped Herbert twice. I added colour to only one. I painted both of his flying fans with Goldfinger metallic paint. I cut out each fan section and used a foam pad to adhere the fan pieces on top of the fan on the coloured in Herbert.
I adhered Herbert to some thick brown wire and poked a hole in the top of the dairylea box and pushed the wire in and bent it up underneath and glued it in place.I added some glue to the tabs on the bottom of the house and also adhered it to the box 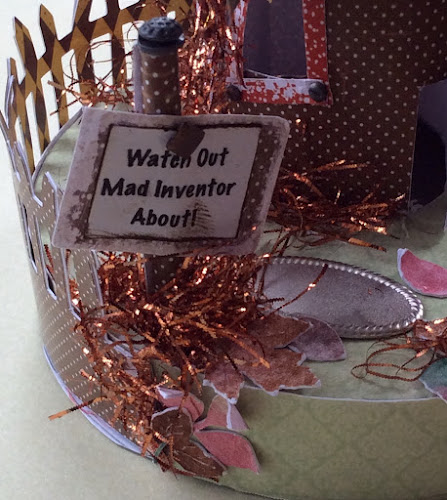 I gave Herbert some privacy by die cutting a fence to go around his house. I made him an all important Mad Inventers sign. I die cut some Autumn leaves from card which I had previously added washes of Luscious Pigments in Coral and Teal. 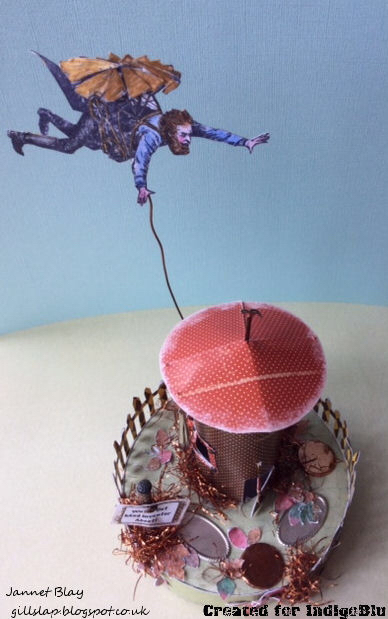 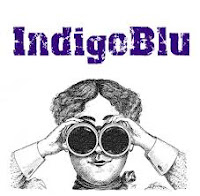 FREE DELIVERY on UK orders over £25

Workshops and Events with Kay Halliwell-sutton

See Our Next Hochanda Shows... 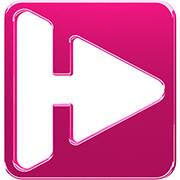